Among Us VR, Ghostbusters, and more coming to Meta Quest 2 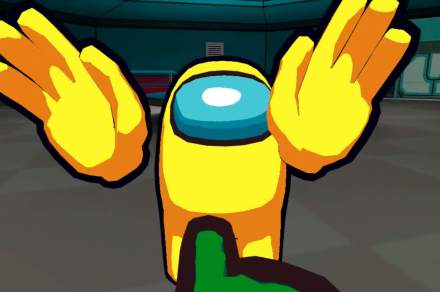 The second annual Meta Quest Gaming Showcase aired today and shared tons of new titles coming to the virtual reality headset’s marketplace. The show featured multiple titles set to release within the next year including Among Us VR, a VR Ghostbusters game, Moss: Book 2, and a new Mercenaries expansion coming to Resident Evil 4 – VR.

The Meta Quest 2 is a virtual reality headset with its own ecosystem from Meta (formally known as Facebook). Its yearly showcase acts as a direct for the console, previewing what’s to come, and this year’s event showed that there is a lot in store.

The stream featured several software highlights. Chief among them was the previously announced Among Us VR, which got a confirmed 2022 release date. Recent PS VR hit Moss: Book 2 is also coming to the headset this summer. Perhaps the most exciting news of the batch is that a new Ghostbusters game is coming to the platform. It appears to be a first-person ghost-hunting game, but details are scarce at the moment.

Meta Quest will also get its first officially licensed NFL game on VR with NFL Pro Era, where players will experience firsthand the quarterback experience or simply play catch with a friend.

The Mercenaries mode is also coming to Resident Evil 4 in the form of a free update today. Owners of the classic horror title can experience the endless horde mode now and in it can unlock goodies like Big Head Mode, a black-and-white Classic Horror Mode, and a Golden Gun skin for their entire weaponry.

All of today’s announced titles and expansions are set to hit Meta Quest within the next year.

Want to Foster Innovation? Don’t Start a New Committee — Do This Instead.

Websites Can Now Launch A WebXR URL On Your Quest