by admin
in Artificial Intelligence News
0

AI is being incorporated into environmental intelligence service offerings aimed at helping businesses respond and defend against risks posed by climate change and extreme weather events.

Environmental intelligence is defined by the University of Exeter in England as the integration of environmental and sustainability research with data science, AI, and digital technologies to provide insight to address climate challenges and mitigate the effects of environmental change.

IBM this week called attention to the segment with its announcement of a suite of environmental intelligence software that leverages AI to help organizations prepare for and respond to weather and climate risks that may disrupt business.

IBM has long been interested in the weather market. In 2015, IBM acquired The Weather Company, everything but the Weather Channel TV segment, which did enter a long-term contract with IBM for weather forecast data and analytics. At the time, the Weather Company was handling 26 billion inquiries on its cloud-based system daily, several times more than the leading search engine at the time, according to a 2017 account in Maximo Secrets. The Weather Channel also had a network of partners feeding it an enormous volume of weather data daily.

Climate change is now a business risk. The World Economic Forum’s “Global Risks Report 2021” names extreme weather, climate action failure, and human-led environmental damage as the top three most likely risks for business over the next 10 years. Companies are facing climate-related damage to their assets, disruption to supply chains, and increasing expectations from consumers and investors to demonstrate environmental leadership.

Offered via software-as-a-service, the package can be used to:

“The future of business and the environment are deeply intertwined. Not only are companies coping with the effects of extreme weather disruptions on their operations, they’re also being held increasingly accountable by shareholders and regulators for how their operations impact the planet,” stated Kareem Yusuf, Ph.D., General Manager, IBM AI Applications, in a press release. “IBM is bringing together the power of AI and hybrid cloud to provide businesses with environmental intelligence designed to help them improve environmental performance,”

BP Bunge Bioenergia, a Brazilian ethanol, bioelectricity, and sugar company formed as a joint venture between Bunge and BP in 2019, was cited by IBM in the release as a customer of its weather data. The company uses it to assist its sugarcane production and to improve its market intelligence estimates of global sugar production. 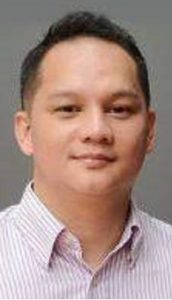 A startup in the Philippines, Komunidad is a customer of IBM’s Weather Company, and also a competitor in the environmental intelligence arena. The Philippines is one of the most disaster-prone countries in the world, vulnerable to typhoons, floods, volcanos, earthquakes, and droughts. While working in IT, founder Felix Ayque began compiling cyclone reports and sending them as alerts to communities, according to an account in TechCrunch.

His work evolved into an environmental intelligence platform that he named Komunidad, which collected data from government and private sources, and from it produced analytics that could be customized to help clients react quickly to potential disasters.

Based in Manila and Singapore, the startup announced recently that it has landed $1 million in seed funding, led by Wavemaker Partners, to expand in Asia and add features to its platform. Founded in 2019, the company has clients in the Philippines, India, Cambodia, and Vietnam, and serves sectors including utilities, agriculture, mining, education, and local governments.

Ayque worked as an IT developer at several weather agencies, including the state-owned New Zealand MetService. Demand for his reports grew as companies needed to respond to climate change. He began earning enough revenue to expand and hire meteorologists, data scientists, software developers, and business development teams based in India and Southeast Asia.

The platform turns data into dashboards relevant to their customers’ needs, offering updates on severe weather, solar, marine, soil moisture, or air quality factors. “We act as a system integrator that only brings the relevant data and tells customers that this is the most important data,” stated Ayque to TechCrunch.

Another of his weather data sources is Tomorrow.io, a startup headquartered in Boston offering real-time weather forecasts in its Weather Intelligence Platform. The company was cofounded in 2016 by CEO Shimon Elkabetz, who served in the Israeli Air Force for 11 years and experienced multiple near-death, weather-related experiences. That got him interested in weather prediction. The company has raised a total of $183.9 million, according to Crunchbase. Customers of the company’s service include Uber, Delta, Ford Motor, and National Grid.

The US Air Force recently reached an agreement with Tomorrow.io for a $19.3 million contract to support the deployment of proprietary, radar-equipped weather satellites. Tomorrow.io plans to launch 32 small satellites to provide global coverage of precipitation and other critical weather and ocean observations. Data generated by the satellites will be ingested into the company’s own modeling suite, which includes numerical weather models, AI-enabled “nowcasting” and flood forecasting.

The radar will provide observations of precipitation and storm dynamics beyond the capability of sensors alone, and will expand radar coverage of the world with a “revisit” rate higher than that of other spaceborne radar efforts, including NASA’s Global Precipitation Measurement mission.

The total market for global weather information technology was valued at $9.4 billion in 2019 and is projected to grow at 8.5% annually through 2027, according to Grand View Research.

Read the source articles and information from the University of Exeter, in Maximo Secrets, in the World Economic Forum’s “Global Risks Report 2021,”  in a press release from IBM, in TechCrunch, and on the sites of  Tracxn and Grand View Research.